Every form of social or cultural discrimination in fundamental personal rights on the ground of sex, race, color, social conditions, language, or religion must be curbed and eradicated as incompatible with God's design.  - Catechism of the Catholic Church 1935

As children of God, all persons have a God-given right to flourish and develop their potential, so they may lead lives of dignity and contribute to the common good. The Augustus Tolton Institute for Social Justice was established in 2021 thanks to a private donation.  The goal of the Venerable Augustus Tolton Endowment is threefold: 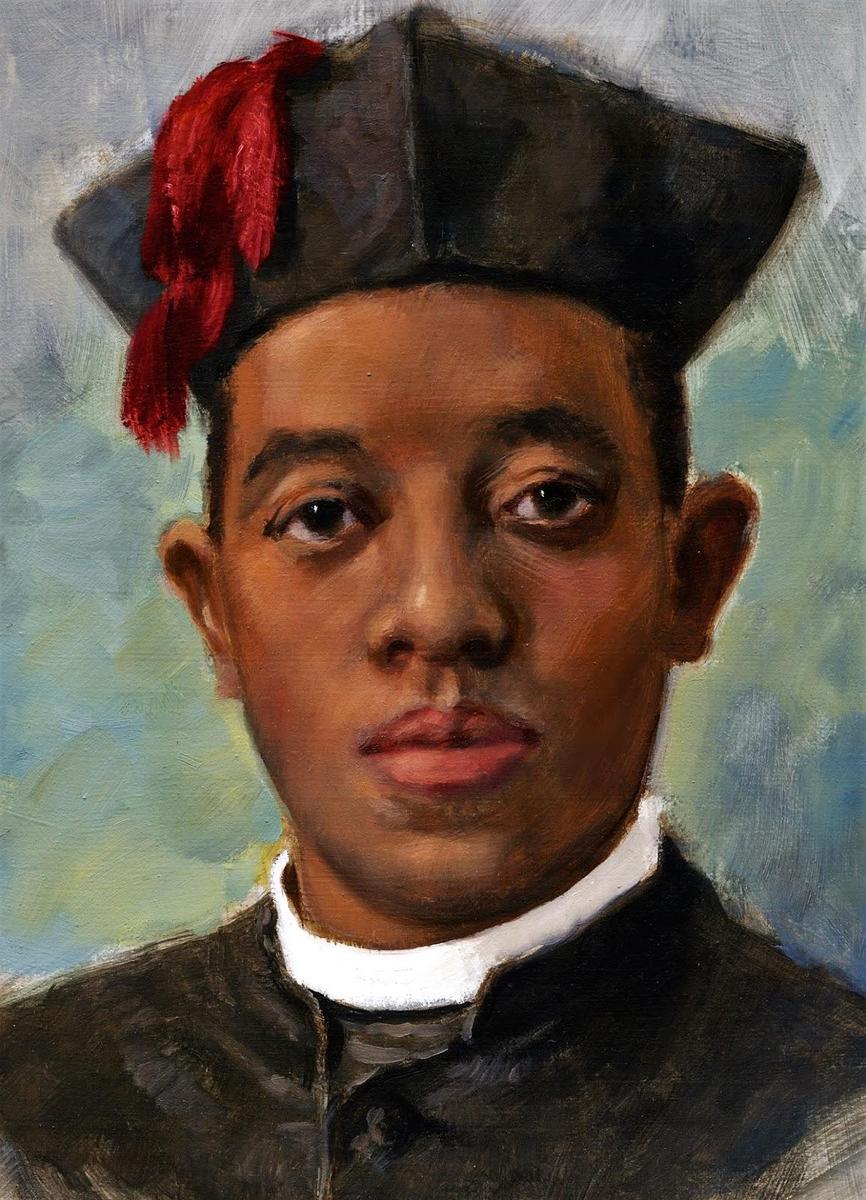 Venerable Augustus Tolton was born on April 1, 1854 in Missouri.  His parents were both slaves.  His father eventually escaped captivity and joined the Union Army during the Civil War.  His mother later fled with their children across the Mississippi River into Illinois where slave ownership was less-common.  They settled in the town of Quincy. As a young boy he grew in his Catholic faith and attended Catholic school.  He faced significant unjust treatment from classmates and community members, but continued, thanks to the aid and support of his Irish Pastor, Fr. McGirr.  During his teenage years, with the guidance of Fr. McGirr, Tolton decided to dedicate his life to God as a priest.  Tolton began his studies at the Franciscan Quincy University, with Fr. McGirr’s support. He sought an American seminary, but was rejected by all of them.  Eventually, he was accepted by the Pontifical Urbaniania University in Rome where he completed his seminary studies.  In 1886, he was ordained at St. John Lateran and was the first African American priest in the United States, celebrating his first Mass on Easter Sunday at St. Peter’s Basilica.  Fr. Tolton  served as pastor of St. Monica Catholic Church, an African American Catholic community in Chicago, in his last years of life.  With the help of St. Katherine Drexel, he oversaw the construction of St. Monica’s Church, a parish that grew from thirty to six hundred in a few short years.  Fr. Tolton died at the young age of forty-three.

The cause for Fr. Tolton’s canonization was opened in 2010.  In 2012, following a thorough investigation by the Sacred Congregation for the Causes of Saints, Fr. Tolton was declared a “Servant of God”.  In 2019 Pope Francis advanced his cause, giving him the title of “Venerable”.

Fr. Tolton’s heroic virtue in the service of God and the Church, overcoming injustice to bring the Church’s life of Grace to the African American community, remain a model and inspiration the work of this Institute.