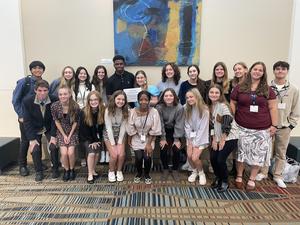 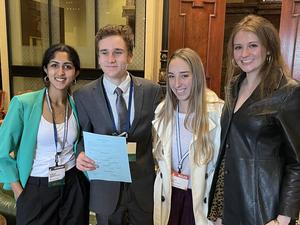 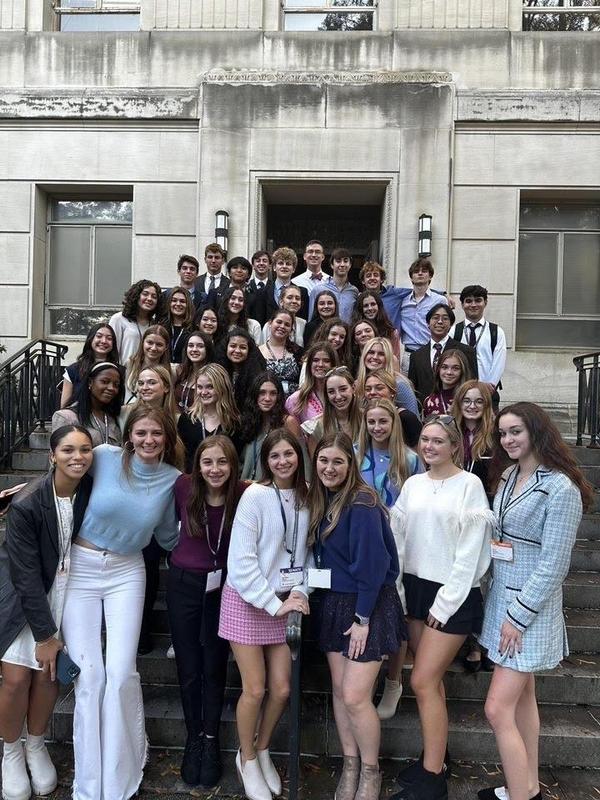 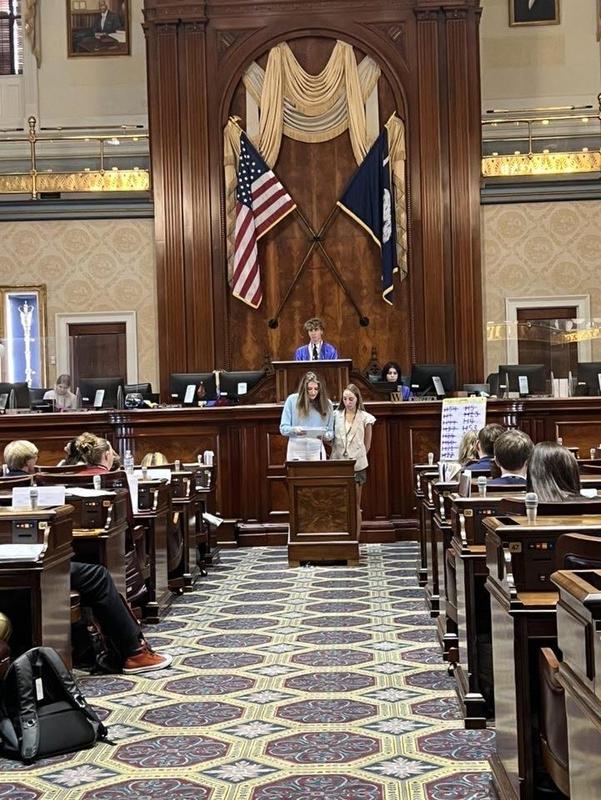 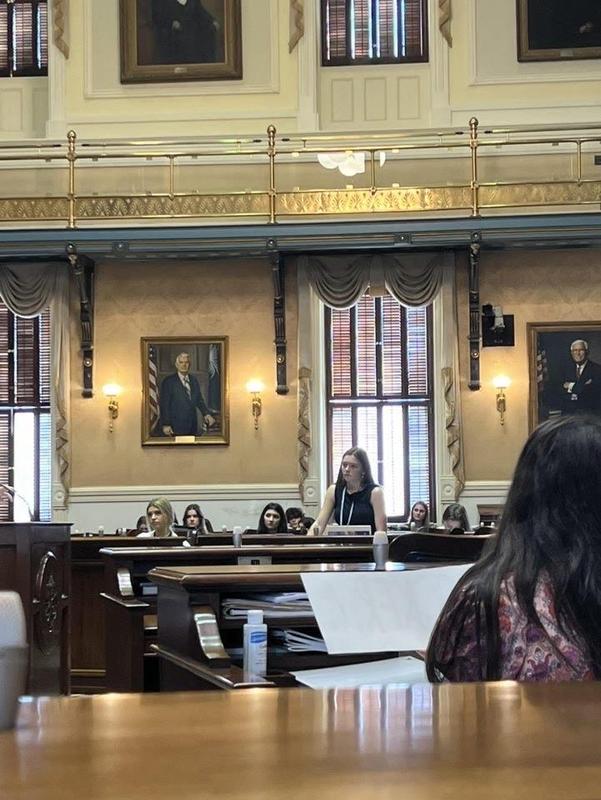 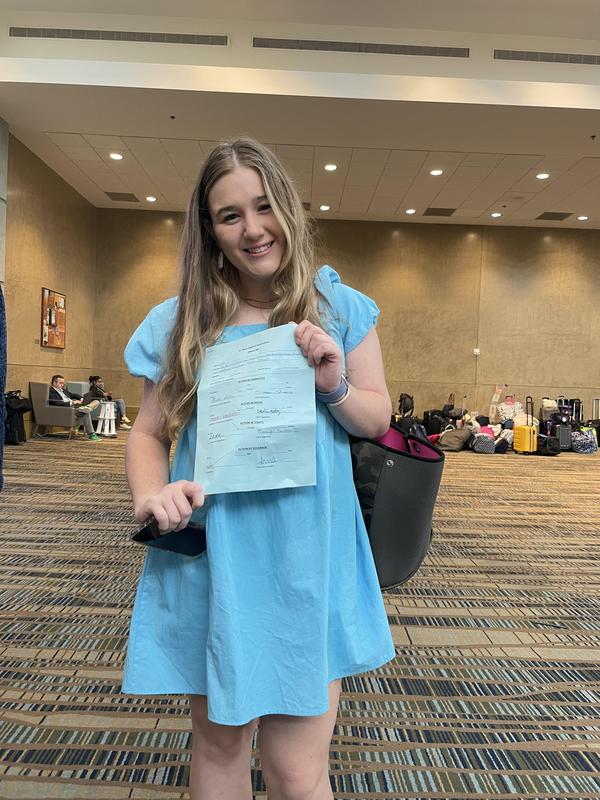 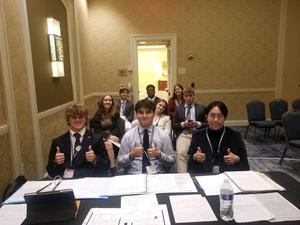 Well done to all 46 of Cardinal Newman's Youth in Government students, after their participation in the YIG Conference last week in Columbia. The Youth in Government (YIG) program helps to create the next generation of good citizens. Our students questioned, debated, and testified their way through this year’s conference.
During the day, students were at the Statehouse, the Supreme Court, or other downtown conference spaces. At night, all activities were at conference hotels and/or other downtown conference spaces.
While at the conference, students participate in a simulation of South Carolina's democratic process. Acting as Senators and Representatives, students write, debate and vote on legislation. As candidates and lobbyists, students experience the rich spectrum of activity that constitutes our political process. As media delegates, students create and publish a nightly newspaper. As attorneys and justices, students compete on mock trial teams, or on moot court teams (appellate). Officers elected by students serve as Governor, Lt. Governor, Speaker of the House, Attorney General, Secretary of State, Secretary of Education and Comptroller General.
Five of CN's legislative pairs passed their bills through committee and both chambers, earning a signature from the Youth Governor! Congratulations to all of our students who participated and teachers who helped along the way, especially group moderator, Mr. John Bull.