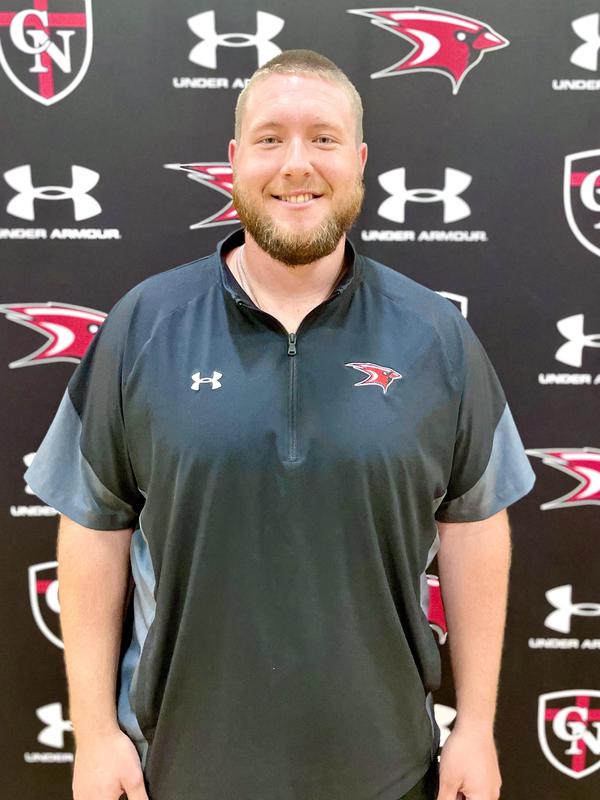 Cardinal Newman is excited to announce the hiring of Cory Helms in the position of Head Football Coach for the upcoming 2022-2023 academic school year. A formal announcement was made Wednesday, May 4 at 12:30 in the Cardinal Newman Gymnasium. Helms joins Cardinal Newman after a successful run at Grey Collegiate Academy, a midlands area charter school known for its strong athletic programs. Grey Collegiate was undefeated in football in their 2021 season. Helms was the Director of Strength & Conditioning and Offensive Line Coach there from 2019 to 2022.


As a player, Helms played Division 1 football for both Wake Forest University and the University of South Carolina as an offensive lineman, starting in all but four games during his four years of eligibility; three of those absences being due to injury. Helms was drafted by the New Orleans Saints in 2018, traded to the Cincinnati Bengals that same year, and due to injury decided to pursue his coaching career one year later.


Helms says he is “fired up for the opportunity to be the Head Football Coach at Cardinal Newman School. We look forward to bringing enthusiasm and pride to the program. Everything is in place to be successful both on and off the field!” Cardinal Newman is thrilled to welcome Coach Helms to the family, and looks forward to where the football program is headed as they enter this new chapter.